Our #wcw this week is none other than the stunning 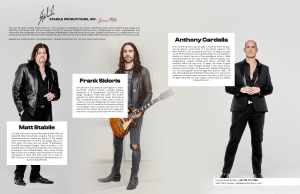 It’s hard not to envy a man like Matt Stabile. With his beautiful wife and partner, Angela, the duo shares creator/producer credits for some of the sexiest adult entertainment to hit the Las Vegas Strip in recent years: the sultry and successful “X Burlesque” and Piff the Magic Dragon. Matt has been in the entertainment industry his entire life. He worked for entertainer and philanthropist, Jerry Lewis during high school and college. Matt received a full music scholarship at UNLV and later went on to work for 20th Century Fox in the television development production department.

Proudly born and raised in Las Vegas in a showbiz family, (Frank’s mother is Angela Stabile, producer of X Burlesque/X Country/Piff the Magic Dragon), Frank has been the rhythm guitarist for Slash featuring Myles Kennedy & The Conspirators over 10 years and is most recently on tour with Wolfgang Van Halen’s band Mammoth WVH. Frankie and his partner Robby Cunningham have recently become the new owners of the historic Downtown Las Vegas bar Hard Hat Lounge located near the Arts District.

From his first dance class at age 9, Anthony knew his passion for dance would lead to a successful career in this field. Anthony was accepted into the Las Vegas Academy of Performing Arts. Upon graduating, he was offered a position to teach dance at the prestigious school. While teaching there for the next 5 years, Anthony began choreographing. Angela Stabile and Tiffany Mondell met Anthony when he was only 10 years old when Angela and Anthony’s Mom Pudgy! worked in the same revue. Anthony was brought on board with Stabile Productions Inc. to choreograph and manage their shows in 2007. He has choreographed all Stabile Productions Inc. shows and continues to prove year and year that he is at the top of his field. Recently he was made Co-Producer for Stabile Productions Inc. 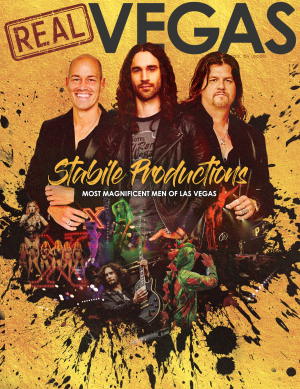