Ever wonder why fast food restaurants take away fa

With a kind and upbeat disposition, we recently had the chance to catch up with America’s Top Psychic Medium, Matt Fraser. Whether or not you believe and/or understand the psychic abilities and gifts that some people have, it’s the skeptics that Matt truly loves to reach. He invites believers of these psychic gifts and non-believers out to his live shows. He says there’s nothing like taking a natural born skeptic of his psychic abilities and speaking through their own departed loved one’s messages that he receives and sharing those special messages with them and watching the complete shock and awe come over them as they realize he couldn’t possibly know such things about their loved ones that are so specific without some sort of God-given psychic medium abilities. He appreciates when someone who is a bit doubtful is willing to take a chance and come to one of his live shows. Matt says, “Especially in today’s times, where people show up and are just completely broken… I like providing a positive experience for them that can even be life changing!” 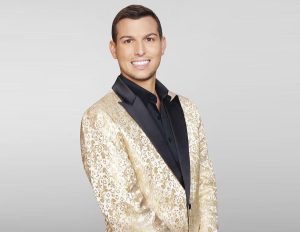 Matt previously did some live sold-out shows in Las Vegas in 2019 and he says, “Every event is like a family reunion with heaven.” He likes that each event is different and says it truly all depends on the souls that come through, their personalities and Matt gets excited to deliver such incredible messages to the attendees at his live events. The bestselling author of When Heaven Calls and a psychic phenomenon, Matt has caught the attention of major media outlets across the nation including the New York Times, People magazine, and CBS Radio. He has also been a sought-after guest on popular TV shows such as The Real Housewives, Botched, The Doctors, The Kelly Clarkson Show and many more. Matt’s the most sought-after medium by celebrities and has done readings for popular stars such as Gloria Estefan, Jenny McCarthy, Donny Wahlberg, Dorinda Medley, Karamo Brown, the Botched TV stars Dr. Terry Dubrow and Dr. Paul Nassif. Matt is now returning to Las Vegas to do more LIVE events. 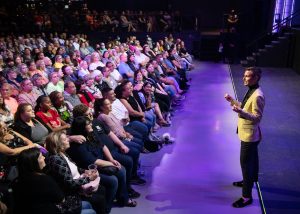 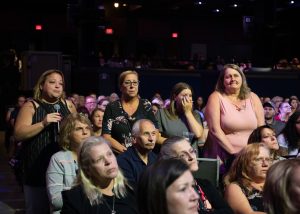 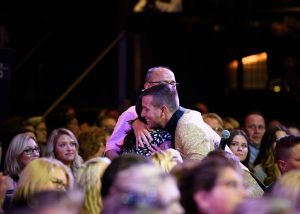 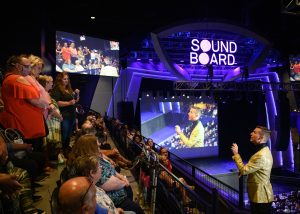 It’s no surprise that as a young child Matt tried to avoid and deny his spiritual and psychic abilities. He said it was extremely scary as a child and he has a generation of psychics in his family, he admits that he would push away his psychic tendencies and just wanted to be normal. He said the boy in the 1999 film, “The Sixth Sense” reminded him of himself, but that it wasn’t until he was a teenager in high school and actually went for a reading with a psychic medium, that he learned to embrace his spiritual gift and nurture it for the good of others. While every medium is different, he feels he knows when he has had a very successful live event, when he leaves feeling completely spent. He’s well aware that he’s imparting messages from the departed and delivering these positive messages to those eagerly anticipating a special message or messages from someone they loved and lost.

One of Matt’s books is titled “We Never Die: Secrets of the Afterlife”, and although that might be a hard concept for many to consume, I remember being at my baby brother’s funeral and 1 of the older sisters asking 1 of our other older sisters, “Jasmine, do you really think Dustin is gone? And Jasmine looked at the oldest sibling, Alisha, and deeply and genuinely replied, “Energy doesn’t die.” I remember being about 25-26 at this time and feeling as though I had lost a son. I wasn’t his mother, but I helped my mom raise him and was very much comforted by the older sister’s comment.

Matt Fraser has been known to have a 2-3 year wait list for private readings; however, he now hosts his live events all over the country to give thousands of people the ability of not having to wait so long and during Matt’s 90-minute live events, he attempts to connect with as many souls as possible and to deliver as many positive messages as he is able to. Sometimes going over the 90-minute schedule due to messages that he feels responsible to convey, it’s not unlike Matt to leave the stage and go through the audience, wherever he feels guided by the souls that connect him. He says, “it’s quite incredible, Candice. It’s like during sound check, when I’m in the theater by myself, there’s not 1 soul around. And then the doors open, and the audience is being ushered in and I start hearing and seeing so many of their loved ones that are still here watching over them and with them.

Another question we asked Matt was, “How do you know or discern if you are connecting with a pure and good soul or a negative and evil soul?” He replied, “it’s very similar to good and bad souls walking around on earth. I believe there is no room for negativity, and I simply avoid it, like you would if you encounter a negative person.”

There’s no doubt that after his live events, he is exhausted, so we asked him what’s his absolute favorite way to relax and recharge and he replied, “Having what I consider a 24-hour spiritual call center and hosting my live shows is exhausting and my absolute favorite thing to do when I’m not out delivering messages, is to be home with my wife doing nothing! Just simply being home and enjoying one another’s company is my favorite thing to do.”

Be sure to watch “Meet the Frasers” on Hulu, NBC, or Prime Video and come check out one of his next live shows next week at the Venetian. This is his second time live at the Venetian, Friday and Saturday, July 15th, and 16th. 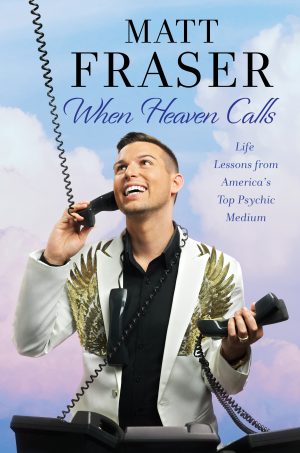 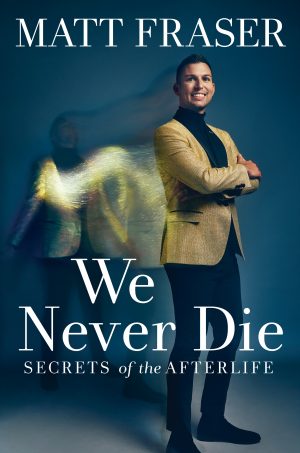 Get your tickets before they are SOLD-OUT!

When purchasing tickets through TicketMaster, guests will have the option of purchasing a ‘ Me +3’ ticket pack which includes 3 tickets and one free ticket.
Previous Post: « From Abusive Childhood to Accidental Millionaire – A New Coming of Age Memoir
Next Post: Registration For Safekey Before- And After-School Enrichment Programs Begins July 20 For 2022-2023 School Year »