A little breakfast brunch for some of our Real Veg

It’s Taco Tuesday 🌮 we want to know your favo

Readers sent us in some photos of the outrageous l

Fun Friday! Keep it real, friends and wishing ever

Attention ladies! It’s that time of the year and

Have you gotten your prom suit or dress yet? We ar

Hello gorgeous… on a Tuesday! @vivasalonlv is a

Memory Monday to 2020 when our Greatest Medical Mi

We are sorry to announce that the Real Vegas Prom

Jodie Rocco was born in Cleveland Ohio. A twin and one of 6 children. Her father was in the Army and she traveled the world with her family. She recorded her first record at 17 in Germany while her father was stationed there. When her father retired and moved back to the US, Jodie remained in Germany for 14 more years. During that time, she grounded the band “Rocco” and wrote and recorded 2 albums. She performed on numerous European TV shows including Banana’s, WWF Club and The Rudi Carrell Show and toured with and without her band throughout Europe. She opened for The Commodores for their German tour in 1982 and toured with Germany’s largest newspaper, Bild Zeitung, for its’ infamous summer tour in 1985 performing with Nik Kershaw, Howard Jones, Laid Back and top German artists.

Jodie was awarded German Radio’s Newcomer of the Year Award in 1984. That same year she was selected to represent (then) West Germany in the Yamaha World Popular Song Festival in Tokyo, Japan. She was selected from over 3500 entries from around the world with a song she co-wrote. That song, “Don’t Break the Silence”, won Outstanding Song Award and 2nd Place. The song was also considered for the movie White Nights losing out to Phil Collins “Separate Lives”. Some other top names that competed in the festival during its 30-year existence are Céline Dion, Bryan Adams, Bonnie Tyler, and Cissy Houston. 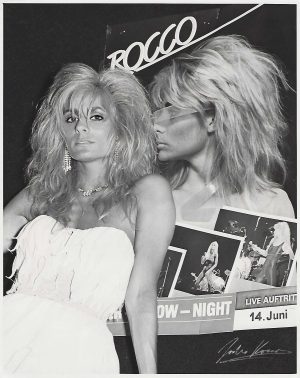 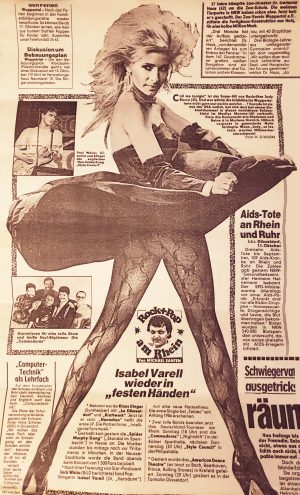 In 1988 in Rosbach Germany she was asked to sing with her twin sister Linda on a track titled “Girl You Know It’s True” by a new, unknown group called Milli Vanilli. When the single took off Jodie and her sister went back in the studio and recorded vocals on 22 tracks for the group’s first album “All or Nothing”. The album sold more than 46 million copies and generated 3 number one hits on Billboard’s Top 100. The biggest selling single, “Girl I’m Gonna Miss You”, a duet, sold more than 6 million copies in the US alone. The group won a Grammy and three American Music Awards. In the fall of 1990 Milli Vanilli went back in the studio and recorded another 23 tracks for their second release “Keep on Running”. Jodie was awarded numerous Platinum and Gold records for her work on both releases. She has also worked with top European artists and world stars including Michael Jackson.

Her Marketing career began in Germany in the 1980’s with her music and her cocktail bar, Bogarts. Her lucrative career brought her back to the US, the San Francisco bay area and Las Vegas where her family has lived for more than 40 years. In 2004 Jodie accepted the position of Call Center Supervisor and eventually Marketing Manager of Genesis Entertainment, Inc. in Las Vegas dba nightclubs.com, travelnice.com, vegascasinos.com and 200 other websites. Nightclubs.com merged with What’s On Magazine and Highway Radio in 2009 and Jodie was promoted to Director of Marketing, Social Media, and Public Relations. In addition, she had 2 weekly radio shows for entertainment and nightlife on Highway Radio. These shows were heard by hundreds of thousands of listeners in Nevada, California, Arizona and Utah for more than 5 years. 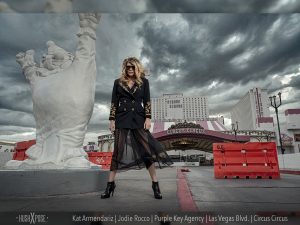 Jodie volunteered side by side with Nevada Wild Fest and Highway Radio to benefit The Lili Claire Foundation for more than 4 years. She donated hundreds of thousands of dollars in ad space and airtime through the generosity of What’s On Magazine and Highway Radio to NWF and New Vista Community Wine/Beer Walks for more than 3 years. Jodie volunteered as a Catechist for 9 years, both in Northern California and in Las Vegas. She now volunteers her time for the Clark County Museum.

In 2018 Jodie was inducted into the Nevada Women’s Hall of Fame.
In 2017 Jodie was honored with the Women’s Chamber of Commerce Nevada Entertainer of the Year Award;
In 2014 Jodie was voted one of Las Vegas’ Top 100 Women of Influence.
In February 2014, Jodie and her twin sister Linda were interviewed for OWNTV’s
“Oprah: Where Are They Now” series as the “Real” singers of Milli Vanilli.

This was the first time the original group was ever together for anything.