Chef Dom as many locals refer to him as, has been cooking since he was about 7 years old. He was raised in his parents’ kitchens in Kentucky and quickly developed a love and passion for cooking, having 7 brothers, he jokes, “he knew cooking in the kitchen with his mom would help him eat well.” Especially being one of the youngest children in the family, he knew he was competition for a meal and cooking in the kitchen gave him a slight advantage to being fed. A fond memory helped solidify Chef Dominique’s love for cooking. “There was a couple that would come into the restaurant every single day.” He recollects they didn’t come in for about a week or so. Then one day the husband came in and was by himself and was crying. Chef Dominique says his parents talked with him, fed him and he left with bags of food, seemingly now smiling and happy. Upon the husband leaving, the young Dominique learned that the man’s wife had died. He said he decided right then and there and told his mother, “I want to do what you and dad do for the rest of my life! You make people happy through food.” His mother used to tell him, “The most important ingredients are feelings and love.” Chef Dom’s favorite food? Of course, Italian and pizza! 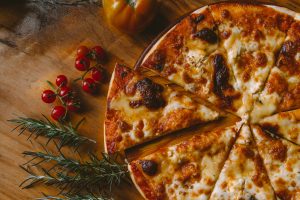 Chef Dominic moved to Las Vegas about 19 years ago. He had the opportunity to cook for people all over the world. Although he felt most confident making his favorite dish and what he could eat for breakfast, lunch, and dinner every single day; spaghetti and meatballs, he spent many years in casino kitchens where he got to experience cooking a variety of meals for people from all over the world. He has worked in various kitchens within Las Vegas including Dean’s Place, for The Lodge Group, La Bella Napoli Pizzeria and he owned a restaurant in La Jolla. Chef Dom says he loves cooking pizza, spaghetti, and meatballs the most as the people in these kitchens are happy and simply love life! Their passions are there, when it comes to pizza, the workers are laid back, easy and happy. His corporate background served him; however, it was much more intense. Chef Dominic has been the recipient of multiple awards, in both Chicago and New York for pizza. Chef Dom continues, “pizza is the #1 comfort food in the world!”

“Pizza is ever evolving”, says Chef Dom. There are so many types of ovens, pans, flours, etc. He finds it fun and rewarding to compete with pizza makers all over the world. These pizza expos bring pizza chefs from several hundreds of countries there to compete. “The camaraderie makes it fun, and we all really help each other, although when we’re competing it is roll up our sleeves and go time!” says Chef Dom, “and when we’re not competing, we help each other. The pizza chef competitors are happy and jovial people who simply like to have fun!” Chef Dom stays connected when not competition time with other pizza chefs through Pizza Today magazine and The Pizza Expo, that also happens to come right here to Las Vegas each year.

These days, Chef Dom owns and operates Unique Eats at 3100 S Durango Dr Ste 100, Las Vegas, NV 89117, at the cross streets of Desert Inn and Durango. He still enjoys his passion of cooking and likes to travel when he can. Chef Dom says he even plans his trips revolving around food and where he’d like to go to eat when he travels. He’s extremely thankful for his team, staff, and waitresses at Unique Eats. He credits having had the pleasure to work with and learn from various local chefs including Chef John Arena and Chef Chris Decker, former owners of Metro Pizza among many others here locally. Chef Dominic has been a longstanding Chef to many celebrities, but he maintains his cooking style remains the same if I am cooking for a room full of star-studded celebrities or for you and your family right here at Unique Eats! 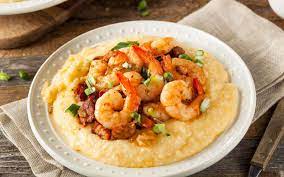 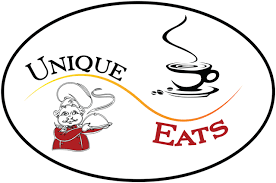